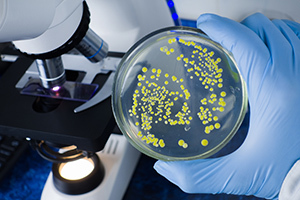 Eager to Become a Doctor? Get a Fast Start With the Human Biology Degree

When you know where you want to go, you look for smart ways to get a head start. If your career plans include anything with the title doctor in it, you’re going to need a bachelor’s degree before entering an advanced program. And if you know you’d like to become a doctor, why not consider getting the bachelor’s degree done in three years instead of four?

You might be thinking “Wait, don’t bachelor’s degrees take four years?” Well, that’s tradition, but really, a bachelor’s degree is about the right number of college credit hours and the right course of study for the future you have in mind.

Of course, you like shortening the amount of time you spend in school, but also remember such a plan will be more intense than a traditional path. If your life plan, however, includes going to a graduate professional school in the medical or health care field, perhaps it does makes sense to get through the undergraduate part of it as quickly and thoroughly as you can.

Let’s take the B.S. in Human Biology degree as an example. Why? Because this is the kind of degree that serves as a firm foundation for all kinds of professions in the health sciences, especially when you want to become a doctor of any kind:

Although there’s no magic formula for completing a four-year degree in three years, there is a method to it. What it requires:

A Human Biology Degree and the Chiropractic Profession

As you’re thinking about health care professions, you may decide to become a Doctor of Chiropractic, and there are many reasons to go that direction.

Since 2012, major medical journals have noted the use of chiropractic treatments: the Journal of the American Medical Association (JAMA), Spine, Annals of Internal Medicine, and the Journal of Manipulative and Physiological Therapeutics.

In 2017, the American College of Physicians updated its evidence-based clinical practice guideline for low back pain. The first choice is conservative, noninvasive treatments, including spinal adjustments.

According to the American Chiropractic Association (ACA), medically necessary chiropractic care is now included in the majority of U.S. medical plans. Coverage is also provided by workers’ compensation, Medicare, some Medicaid plans, and Blue Cross Blue Shield plans for federal employees. While chiropractic has long been used in the Veterans Administration health care network, new legislation expanded the ability of U.S. armed forces veterans to go to a chiropractor for non-drug approaches to pain relief.

Talk About Options: Become a Doctor of Chiropractic; Earn a B.S. in Human Biology

Cleveland University-Kansas City (CUKC) is a nonprofit, private, health-care focused university that has been pioneering health care for nearly 100 years. The University is located in Overland Park, Kansas, the largest suburb in the Kansas City metro. Overland Park is continually recognized for its livability, affordability, and access to services, shopping, and recreation. The University offers degrees through its College of Chiropractic and associate, bachelor and master’s degree through the College of Health Sciences.

Many CUKC students who are interested in a career as a chiropractor choose to pursue the B.S. in Human Biologydegree and the Doctor of Chiropractic degrees through a Concurrent B.S./D.C. program. This concurrent option helps students who want to become a doctor of chiropractic to maximize the value of their overall education with a dual degree and helps them to enter the chiropractic profession at an accelerated pace.

At CUKC, students can complete the B.S. in Human Biology degree in as little as three years, instead of in a four-year plan.

Does a four-year degree in 3 years appeal to you? With the CUKC tri-semester, year-round schedule and a carefully coordinated class schedule that averages 15 credit hours per term, our advising team can show you how it can be done. Discover more about the three-year human biology degree today!

Cleveland At A Glance